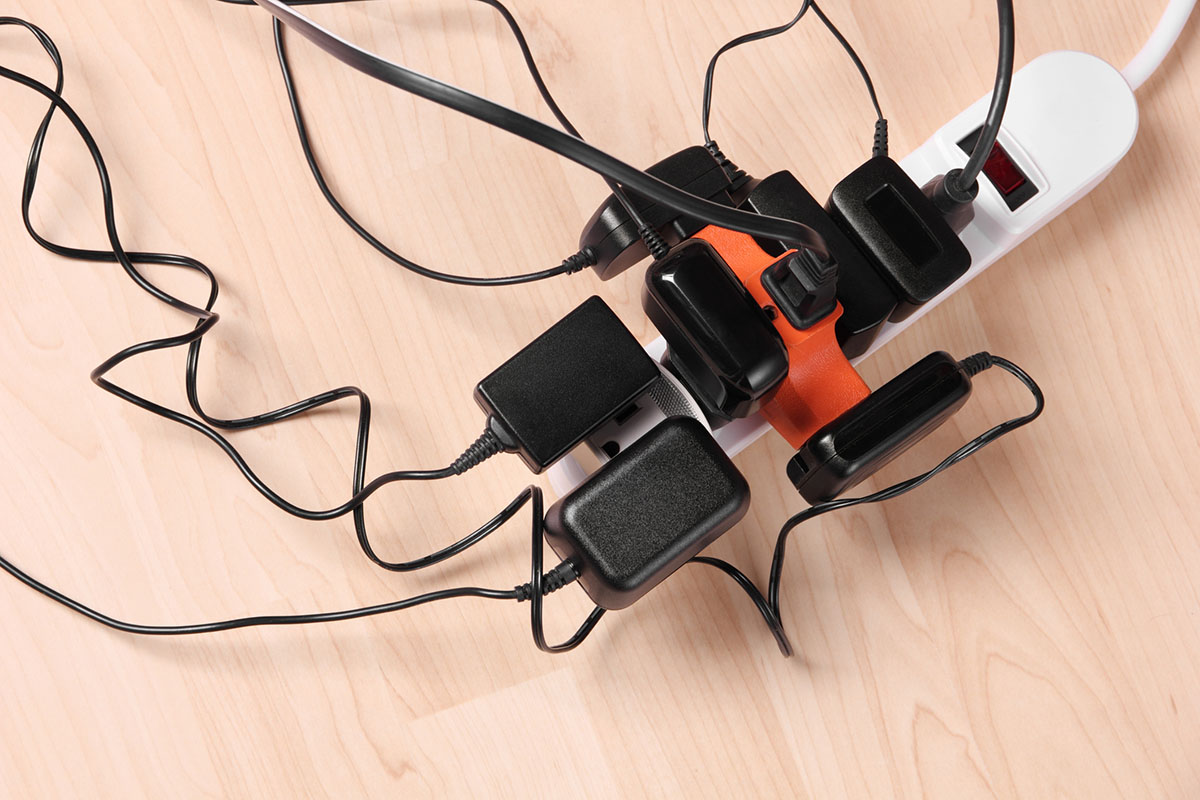 Accidents can happen at home and at work, even while doing mundane tasks, but taking steps to ensure you’re following the proper guidelines and safety measures is the first step toward preventing loss. Here we have one of our claim stories in which a fire from an overloaded outlet caused major building damage.

An employee used an extension cord to plug a power washer into an electrical outlet which was also running multiple other devices. He then used the power washer all afternoon to clean the building’s exterior, running it for about four hours.

Unfortunately, later that afternoon a fire began in the building which went undetected until it was out of control, and ultimately resulted in a loss of the entire building. Experts believe the power washer overloaded the circuit and caused the fire.

Thankfully no customers or workers were hurt, but costs to rebuild are estimated to be around $500,000, which does not include the loss of income during construction.

Be sure that when completing projects at home or on the job, be sure to follow manufacturer’s guidelines for safety, including power usage.

For more safety tips and risk prevention strategies, sign up for our comprehensive safety library and resource center.

Disclaimer:
While based on an actual Kapnick client’s insurance claim, details of this story have been changed to protect privacy.

We’re an independent insurance brokerage offering a comprehensive suite of insurance solutions to protect you from the unexpected.

We don’t just sell insurance. We work closely with clients to help them make important and informed decisions every day when it comes to protection and their future.

We offer comprehensive insurance solutions throughout the United States and internationally.

At Kapnick Insurance Group, our mission is simple: Earning client loyalty through exceptional service and solutions.